Tabbouleh Salad is a classic! This refreshing tabbouleh salad featuring bulgur wheat, fresh tomatoes, and cucumber with parsley and mint dressed with lemon juice and olive oil may be served on its own  or as a side dish.

This traditional dish is vegetarian but often served with meat.

The mint and parsley are vital parts of this main dish or salad, not a slight portion for a touch of taste, making this one extra way to get a real boost of “green power” from the parsley.

It is one of the most popular dishes in the Middle East, and now, I suspect, worldwide.

Bulgar is the traditional grain but you can substitute couscous for the bulgar, or, especially if you are wanting Gluten-Free Tabbouleh, use the seed, Quinoa. You might want to try the simple version for Quinoa Tabbloleh from Canadian Living magazine; slight variation in recipe but still very traditional and the quinoa makes it gluten- free.

I should mention there are a lot of variations, not just by country, but by cooks who have adapted a Tabbouleh recipe to suit their needs. So you can, too. Chop your vegetables as small or, within reason, as large as you want, vary the amounts used just as you would for any recipe to suit your family. 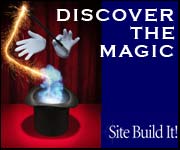 Do It yourself & Save

Thanks for coming by. We are currently undergoing a big transition with our website so, please bear with us as we learn and grow.

Best Pennywise Newsletter (with more tips) and Your Best PennywiseTips! where you can share your tips to save time, money and help others to live frugally.

This site is designed for educational purposes only. We are not engaged in rendering medical advice, legal advice or professional services. Please seek the advice of your Physician or health care Practitioner for medical problems.

DISCLOSURE: In order for me to support this website, I may receive monetary compensation or other types of remuneration for my endorsement, recommendation, testimonial and/or link to any products or services from this website.

Copywrite 2011 - 2018 Pennywise Publications Inc No part of this website may be reproduced without permission.